St. Peter's Abbey is a Benedictine monastery in Salzburg Austria.  It is called "Stift Sankt Peter" in German.

The abbey was established in 696 and is one of the oldest such facilities in this area of the world.  The building is home to the oldest library in Austria. 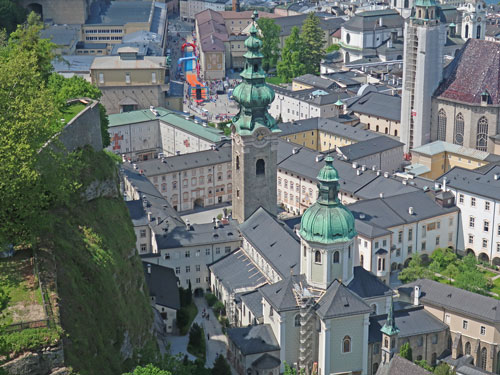 The Romanesque abbey church was constructed starting around 1130.  It was dedicated to St. Peter in 1147.

St. Peter's Abbey is located on the northern foot of Monchsberg Hill in the Altstadt district of Salzburg.