Mirabell Palace is a massive building located on the north shore of the Salzach River in Salzburg Austria. It is called "Schloss Mirabell" in German.

The palace was constructed in the early 1600s for the Prince-Archbishop at the time.  It was rebuilt a century later in a Baroque style. 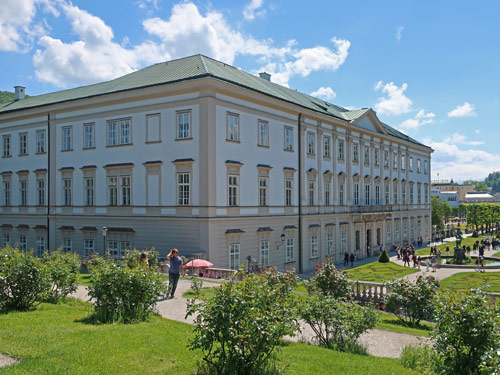 Mirabell Palace in the venue for the Salzburg Palace Concerts.  The formal garden that surround the palace is called Mirabell Gardens.