The Franciscan Church in Salzburg Austria can be easily recognized by its slender Gothic tower and steep-sloped roof.   It is one of the oldest churches in the city.

Known as the "Franziskanerkirche" in German, the church was built between 1408 and 1450.   As the name suggests, it belongs to the Franciscan Order of the Catholic church. 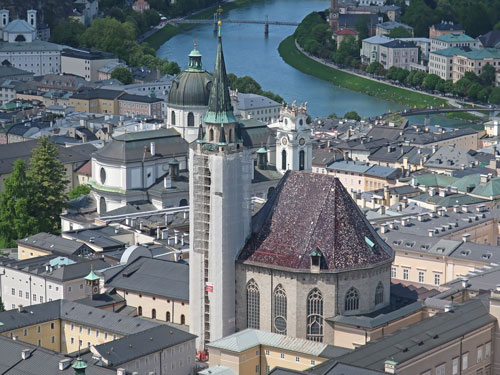 Among its many attractions, are nine chapels and a Gothic vault.

The Franciscan Church is located near Cathedral Square (Domplatz) in the Altstadt district of Vienna.